Jespers has been a household name in Harrogate and North Yorkshire since it was founded in 1901, and continues to sell stationery, art supplies and office furniture with the same exceptional customer service it always has

Our company was established in Harrogate in 1901 by Foster Barrett Jesper (F.B.J.) as a Hand engraving business specialising in commission work for London Jewellers, Royal Family and for major sporting and business corporations.

The business premises were initially an attic workshop on Prospect Crescent.

F.B.J. moved his workshop to Parliament Terrace, Harrogate and the business was developed further by his son Dennis Jesper. The process of machine engraving was introduced by Dennis to produce larger commercial engraved products such as name plates in brass, bronze and Bakelite as well as specialist control panels for industry that were produced by Jespers before being fitted to machinery. This work secured several Nation-wide contracts for the company.

In the 40s, D.M.J. and his chief machinist Jack Elsworth signed the Official Secrets Act and missed their call-up to arms in order to produce secret engraved control panels for the allies’ early radar systems. Family and friends were only made aware of their task well after the war finished. D.M.J was also a well-known naturalist and he sold beekeeping supplies to apiarists (beekeepers) who visited him at the workshops from all over the North.

D.M.J.’s son Charles (C.J.) was the 3rd generation to join the firm at a time when rubber stamp manufacturing and duplicating service were beginning to be offered (could we have been Harrogate’s first ancestor to the copy bureau?). They also started to sell a small selection of stationery supplies from the basement workshop and office; leading to the acquisition of its first store in Oxford Street allowing the expansion of products and services by borrowing desks and typewriters from suppliers to see if they could be sold successfully both from the shop and via Charles’ cold calling on local businesses in Harrogate and ‘up the Dale’.

Jespers was now firmly established as a retail business and when Marks & Spencer wanted to develop their Cambridge Street Store by demolishing the old St. Peter’s Vicarage and extending through to Oxford Street, C.J. and D.M.J had the foresight to see that the town centre was growing in the direction of Oxford Street, which had been still significantly residential up to the 1950s, and we moved only when a suitable shop was found in the immediate area (this is now our current retail site at No. 14).

Whilst still engraving and making rubber stamps ‘in house’, the retail and commercial business started to grow further as the demand for administration within business increased and the range of supplies available mushroomed so allowing Jespers to start to stock a much wider range of product including furniture, filing, student & graphic supplies and artist materials etc. The retail showroom space was increased by extending the property and Commercial Representatives were employed and regular delivery routes established throughout the region. In 1979 Peter Jesper (P.C.J.) became the 4th generation of Jespers to serve in the business and was managing director up until August 2019, when Peter retired.

With a bigger shop (further extended in the early 80s), the retail trade rapidly developed into what is widely regarded as one of the premier specialist stationery and office supplies stores in the UK. Rapid expansion was also assured by the formation in 1985 of Jespers of York, a slightly smaller facsimile of the Harrogate business operating initially from Castlegate within the City walls of York and giving the York populous a much needed specialist stationer in the City centre. The decade was capped by us being awarded the runners-up prize for the UK 1989 Retail Stationer of the Year Award (a position we would subsequently occupy again in 1992 & 1993 whilst winning it outright in 1991).

Jespers were instrumental the formation of Advantia Business Solutions Ltd (formally known as COSTS (Consortium of Stationery Trade Suppliers) in 1989/90 which has united nearly 50 dealer members of like minds to benefit from improved marketing and buying power - this has continued from strength to strength so allowing us to compete both on the High Street and in the commercial marketplace despite the current testing times. 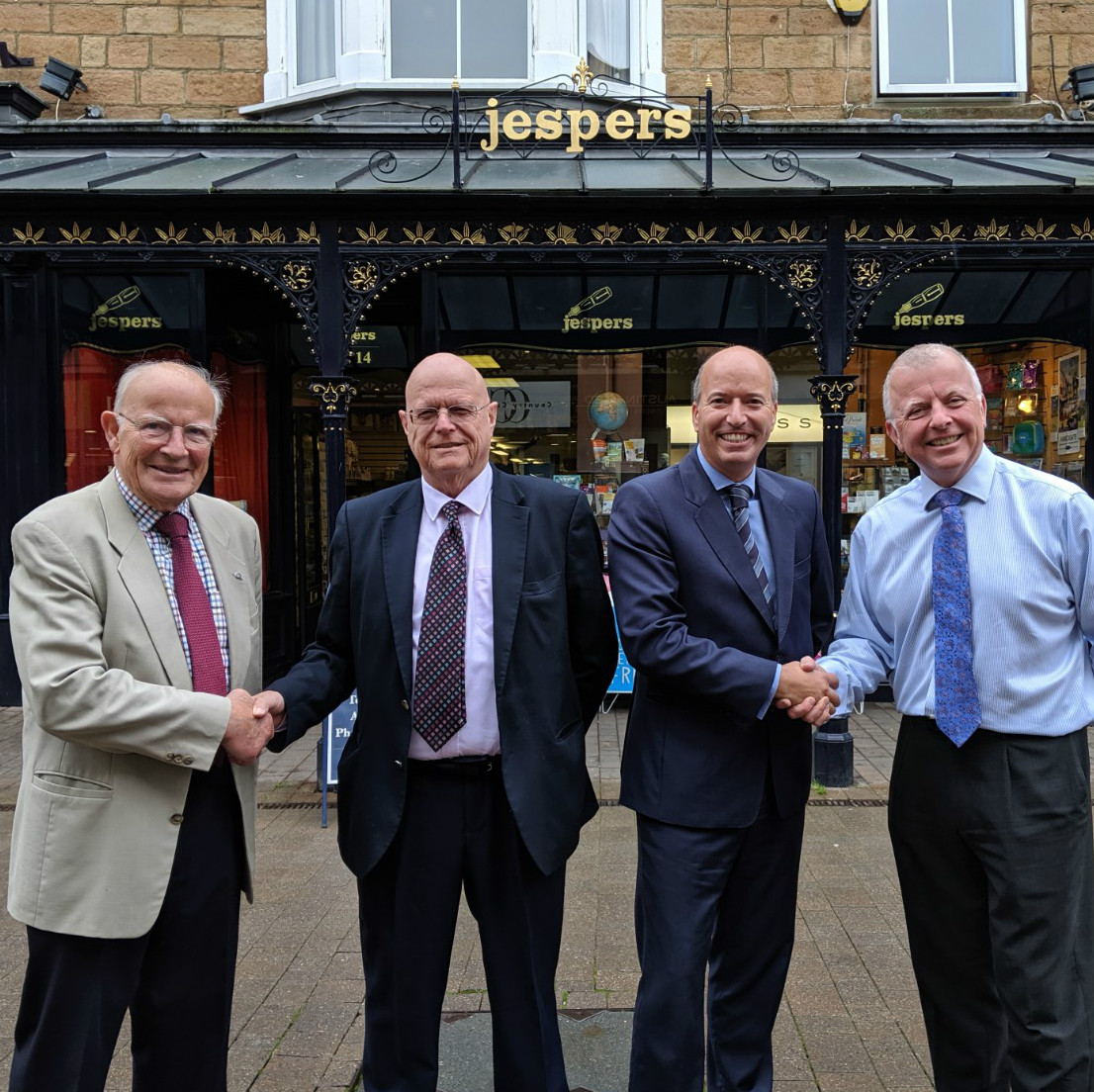 Our strong presence in Harrogate continues and we are passionate about the local community we serve and live in. In 2015 we sold our commercial company (The Jespers Office), and our full commercial team moved across to join to Complete Office Solutions at their York regional office. The 5th generation of Jespers have also worked in the company prior to seeking career paths in other fields.

After 118 years of Jesper family stewardship, 2019 has seen the retirement of the Jesper family from the business and this fabulous Harrogate institution now has new owners at the helm. The Morris and Vickers families are Jespers new custodians and they are committed to reinforcing the Jespers ethos and to develop the business to future-proof it for many years to come.

We sincerely hope you like our online offering. Your contact, feedback and custom are always appreciated and never taken for granted!