Celebrating 50 years since the famous Apollo 11 Expedition to the Moon - A fitting tribute to Man's Small Step . . . 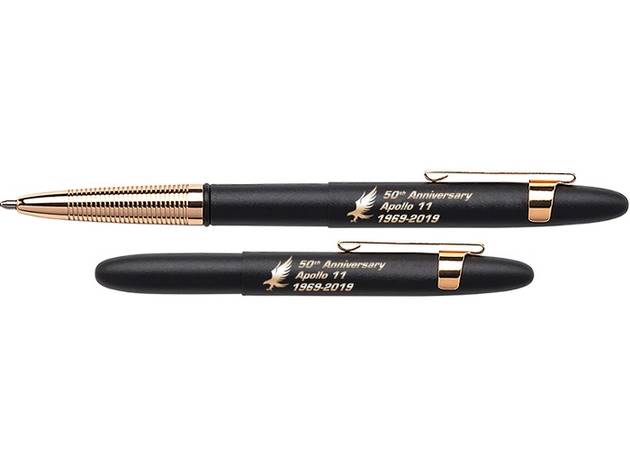 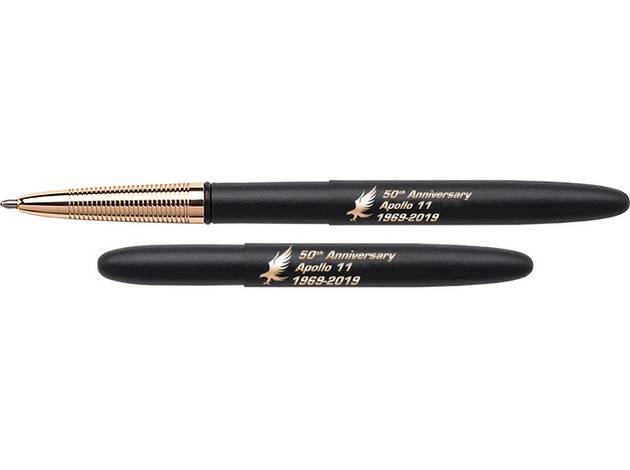 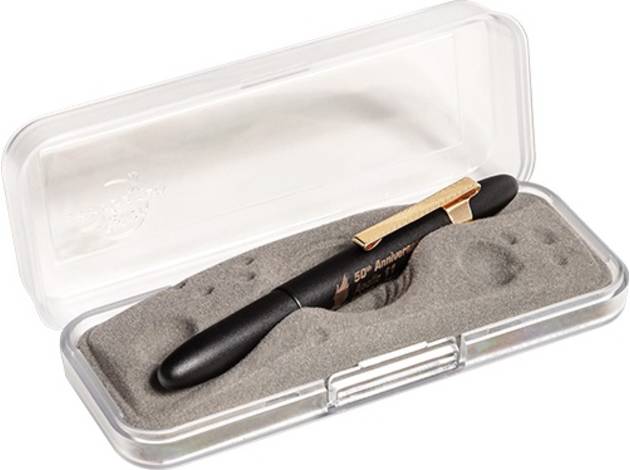 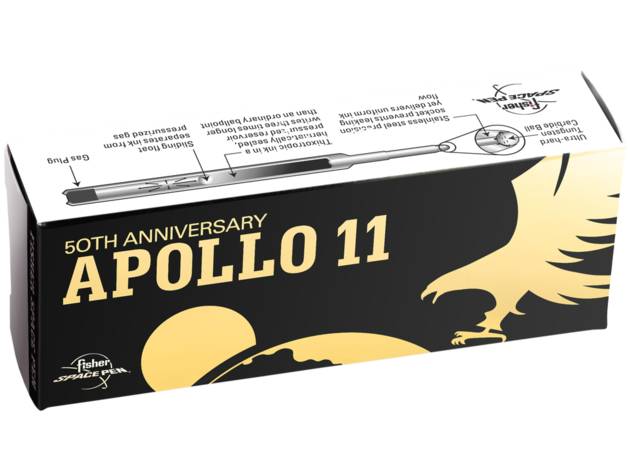 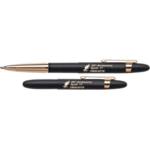 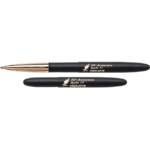 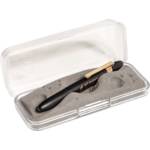 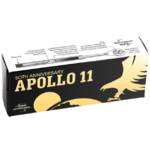 As a small boy of 8, our MD Peter Jesper clearly remembers his father waking him up in the early hours to witness these first steps on the old black and white TV and its a memory that still burns bright in so many of us today.

The Fisher Space Pen has been standard issue to NASA astronauts since 1968 and in celebration of these moments, Fisher have produced as special edition bullet space pen to celebrate the 50th anniversary of the Apollo 11 mission.

This is a stunning collectors piece in matt black enamel with a lacquered brass finger grip and anniversary motif engraving, This pen is supplied with our without the gold clip in a special Moonscape Gift Box and Apollo 11 50th Anniversary Outer Sleeve

Providing ultimate dependability,each one is guaranteed to perform in temperatures from -30 deg F to +250 deg F, underwater, in zero gravity, at any angle and upside down too! Precision assembled, hand tested and carries an unconditional life-time guarantee.

Length: 5.3" open or 3.8" closed. Fitted with a black medium refill and presented in a branded gift box too. 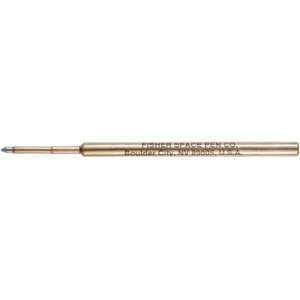 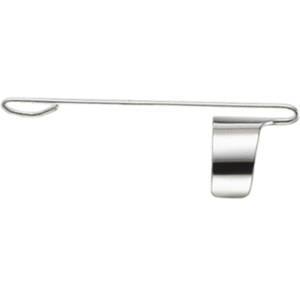 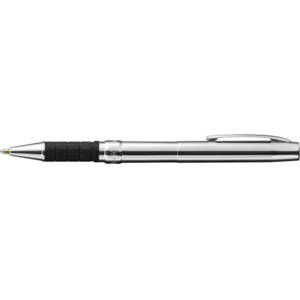 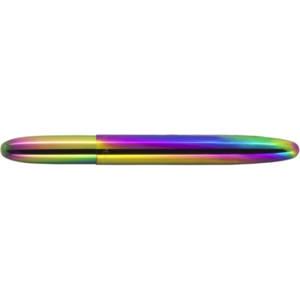